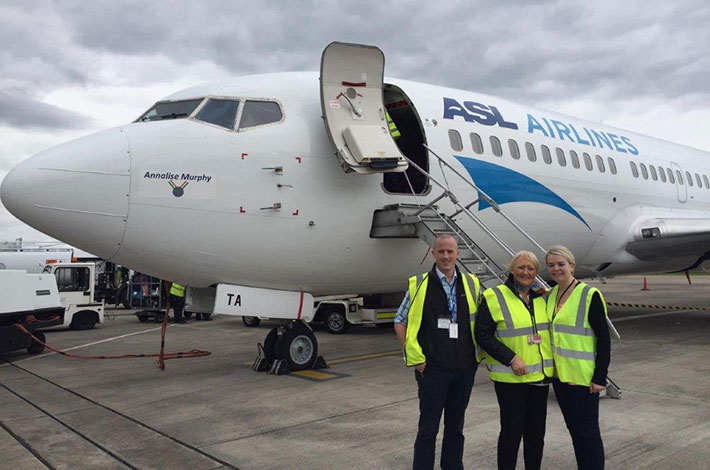 This week ASLI began operation to the City of Derry Airport in Northern Ireland. This airport has in the past been an important gateway to Europe for the people of Northern Ireland and indeed Donegal.

Recent decisions by other operators to pull out of Derry airport has seen a big reduction in flight capacity and has limited the local people’s option for travel by air considerably. The introduction of the Derry to Palma Mallorca route operated by ASLI has been extremely well received especially by families looking to fly out on their summer holidays. This was reflected by the fact that every seat on the first flight was completely sold out. We look forward to a very busy summer season ahead for ASLI flying out of Derry.