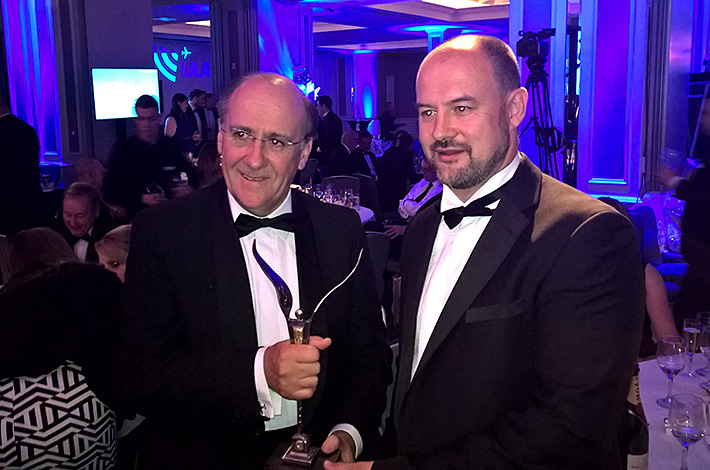 
The award was presented at a gala awards event in Dublin and Air Contractors won the prestigious accolade against very strong competition from major Irish and international top brand airlines.

In making the award the judges recognised the many significant achievements by Air Contractors in 2014, including the launch of B757 transatlantic services for Aer Lingus, seasonal summer B737 flying for Ryanair and the resumption of European flights for Afriqiyah Airways with A320s.

All were achieved while the airline continued to offer the highest standards of service to its express integrator and tour operator customers.

Speaking afterwards Colin Grant said “this award is deserved recognition for the hard work, talent and commitment that the Air Contractors team demonstrate every day in delivering the best possible quality product to our customers.”

“It is always pleasing to be recognised by our peers", he continued, “and winning such a prestigious award is a warranted tribute to the people throughout the airline who are dedicated to our success and the success of our customers.”

The ASL Aviation Group Chief Executive, Hugh Flynn, said “I am immensely proud of the entire team at Air Contractors who have been doing such a fantastic job day in and day out and it is more than fitting that they should be so justifiably recognised.”

“The Irish Aviation Awards, organised by the Irish Aviation Authority, have quickly become the benchmark for excellence in aviation,” he continued, “and it is a remarkable accomplishment that Air Contractors should join 2013 winners, Emirates, as the first two winners of this coveted and highly respected award as best aircraft operator in Ireland, whether Irish or international.”