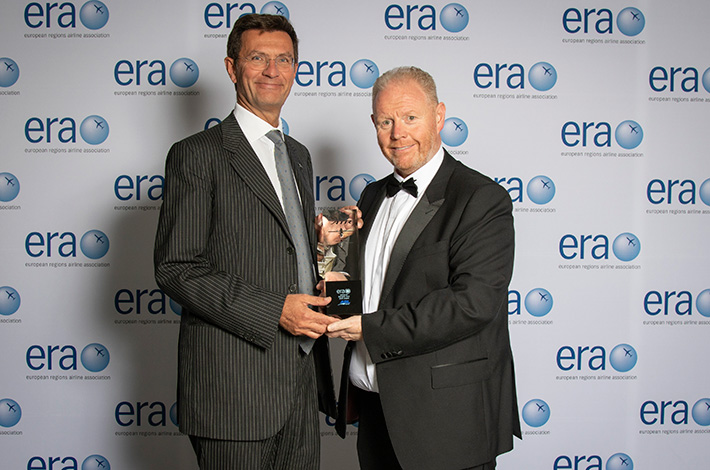 John Rawl, CEO of ASL Airlines Ireland, said “This is great recognition for the team at ASL Airlines Ireland and I am delighted that their dedication and professionalism has been acknowledged and honoured with the ERA Silver Airline of the Year Award.”

This is not the first time we have been recognised by the ERA, having been awarded the Gold Award in 2015. This is a strong recognition of the continued evolution and innovation of ASL Airline Ireland’s business activity, whilst maintaining the highest levels of customer service.

The ERA Airline of the Year Award is highly regarded for independent and thorough judging, with judging panels chosen for their knowledge and their ability to assess achievements against the specific circumstances and constraints under which individual airlines operate. This year the judging panel comprised senior industry experts including past CEOs of European airlines and independent aviation journalists from a variety of European countries.
The European Regional Airline Association (ERA) is the representative body for 54 European airlines and over 120 aviation service providers, including aircraft and engine manufacturers, airports and suppliers.