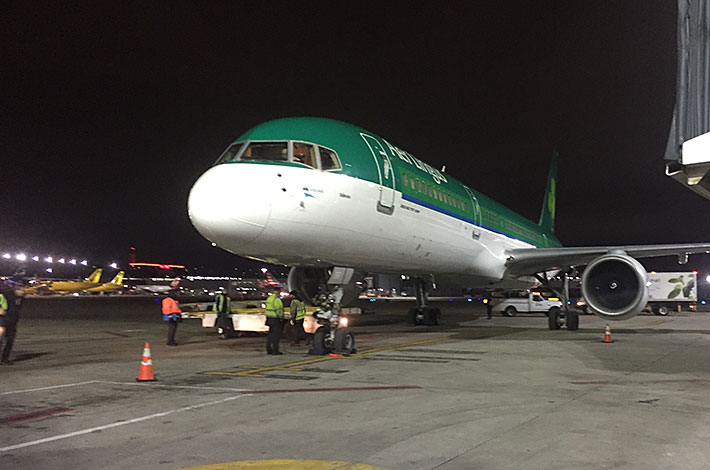 Aer Lingus operate 2 A330 aircraft on the Chicago route, but had downgraded one flight to a 757 for the quieter winter period from January to March. While Aer Lingus are well established in Chicago, the challenge for ASLI operating on this route was bringing in a different aircraft type that the handling agents may not have been used to. The new aircraft type and the cold Chicago weather did not disrupt operations even slightly, with all staff involved working hard to ensure that the first flight departed Chicago on time. While ASLI will only operate this route for a period of 3 months, it is a credit to the hard work of the ASLI and Aer Lingus team to integrate the new aircraft type onto this route without any disruption to operations.