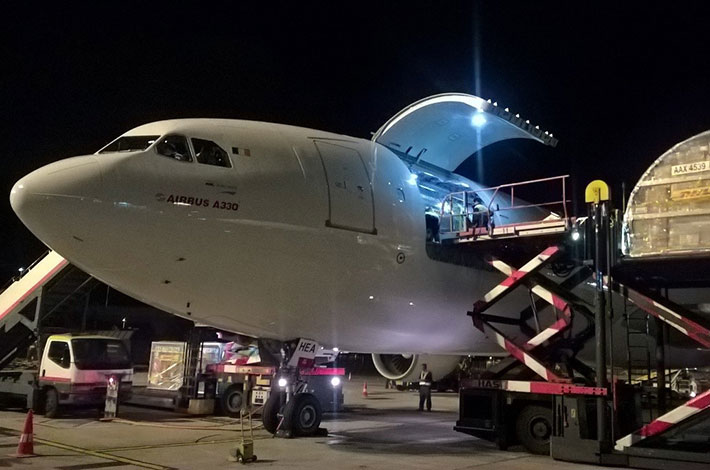 ASLI are delighted to announce that our second A330 EI-HEB had its first flight this week after conversion in Singapore.

Our first aircraft, EI-HEA has flown 108 sectors and 160 block hours since its first flight out of Dresden on 06Dec on the DHL European Network. This aircraft is now in for two weeks painting in Rome in preparation for wet lease to Air Hong Kong.

EI-HEA will depart on the 18th of February from Dublin direct to Hong Kong which at just over twelve hours flight time will be the longest ever sector operated by ASLI. We hope to start scheduled operations from the 20th of February to Saigon, Penang. A huge thanks go to everyone who was involved in getting the operation underway.