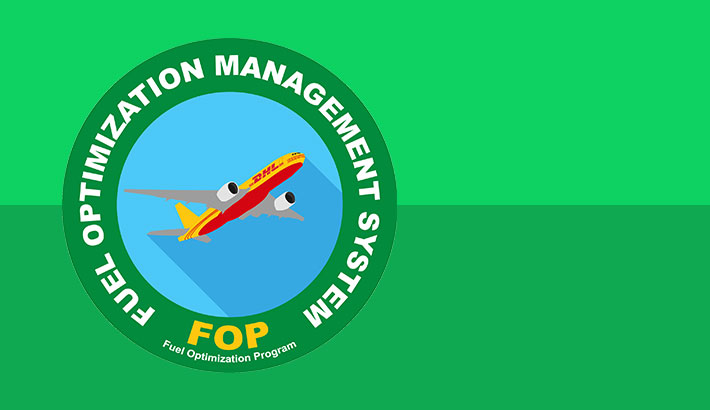 For almost two years, ASLI has been working in partnership with DHL to participate in their Global Fuel Optimisation Programme.

The initiative is part of DHL’s ‘Go Green’ project which aims to significantly cut their carbon footprint over the next ten years. It works by measuring a number of parameters from each sector that is flown and comparing them against an ideal scenario.

Mo Barrack (DHL Senior Vice President for Global Aviation Projects) visited the Swords offices recently to explain how important the project is to DHL and how much ASLI has already contributed towards the remarkable 136 million kilograms of CO2 that they have avoided in their first full year. They saved over $10m of fuel, all of that saving is being funnelled back into further improvements in the programme.

ASLI is already fully participating in the second stage which will see a greater emphasis on certain stages of the flight envelope to further increase efficiency.

The next stage of the project was also revealed which will enable DHL to provide ASL with a far more accurate payload figure, letting us plan flights with less fuel on board.

A similar project is underway with Amazon and both show how by harnessing technology we can drive the industry towards a much greener future.