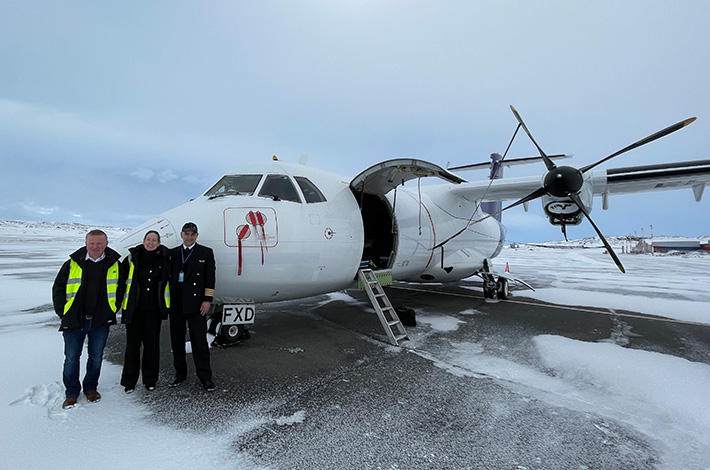 ASL Airlines last ATR 42, EI-FXD left her adopted homeland when she departed from SNN on 7th April 2021 for pastures new. Her journey took her from Shannon to Keflavik in Iceland, Iqaluit in Canada’s Arctic, then onto Thompson in Manitoba and finally across the majestic Canadian Rockies to her new home in Kelowna in British Columbia - a journey lasting 19 hours over 4 sectors.

EI-FXD was manufactured on 14th October 1991. She first joined Air Contractors, as it was called then, when she arrived in Dublin from San Antonio on 3rd July 2005. Her first scheduled flight was from Birmingham to Paris Charles De Gaulle on 7th July 2005. At 29.5 years, she has accumulated 35,730 hours and 38,898 landings.

After almost 16 years of service, Captain Peter Galovic, Engineer Colm Fitzgerald and I had the great privilege of taking her on her final voyage for ASL Airlines.

It is always sad when an aircraft leaves the fleet, but I am happy at least that she will continue to take to the skies on behalf of her new owner, Air North. May she have very many more happy landings!