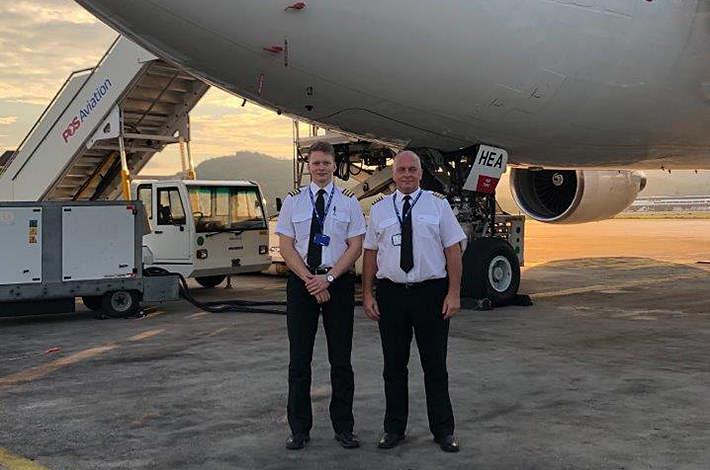 Two ASL pilots recently completed the final flights of their long careers on our A330 fleet in Hong Kong.

A330 Fleet Captain Frank Condon’s aviation career started in the Irish Air Corps in 1972 and after 18 years there flying military aircraft and helicopters, and 20 years in Aer Lingus flying the B737 & A320, he joined Air Contractors in 2010. Over the last 8+ years, Frank has been a training captain on our A300 B4, A300-600, A320 and A330 fleets operating in Europe, Asia, the Middle East, North Africa and most recently Asia/HKG again and the Fleet Captain responsible for the very successful introductions of our A300-600 and A330 fleets.

Following a very long career in Finnair, Captain Matti Laukkanen joined ASL in late 2017 to support the startup of the new A330 fleet. Matti’s co-pilot on his last flight from Saigon to Hong Kong was none other than his son Mikko who is currently seconded from Finnair to our A330 fleet in HKG.

Frank and Matti, thank you for your service to ASL! Best wishes from all your colleagues. We would like to wish you the best on whatever new journeys life takes you on in the future.