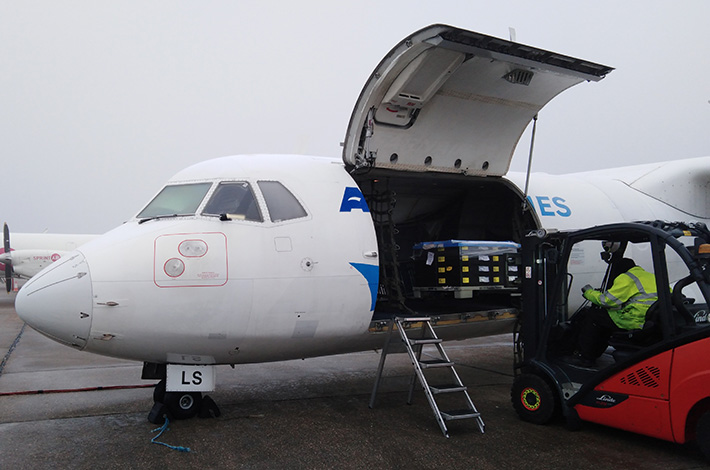 Prior to the finalising of Brexit plans, several industry key players from the automotive sector - Porsche and Bentley set up contingency plans in case of a “ No Deal” or extensive customs import/export delays.

A great opportunity for ASL Ireland resulted in a deal with their freight forwarder, DSV to operate 20 consecutive flights between the UK and Germany throughout January 2021, with an additional ten flights confirmed at a later stage for the month of February.

Gear boxes and other auto spare parts were loaded on board our ATR72 from Birmingham to Baden Baden airport and vice versa to ensure sufficient stocks in the prestigious brands’ factories in case their usual road transport would face issue at the border.

To ensure a smooth operation prior to commencing the flights, Bentley requested we performed a test loading sequence in East Midland airport on December 10th .The mission went well thanks to our local engineer who coordinated the trial with the ground handling and customer representatives.
The first flight took place on January 6th with all stakeholders from ground to airport authorities and local representatives ready to go all month to support this airlift operation until February1st. The same is planned for the next round during February. Well done to all involved!