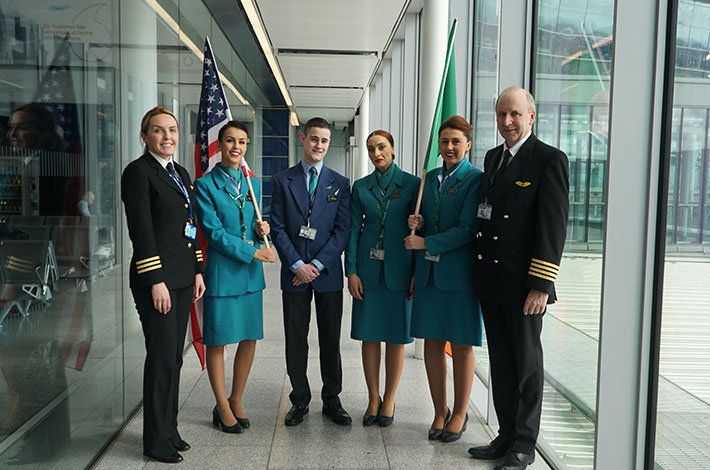 On Sunday 25th March ASLI had its maiden flight on a new route for Aer Lingus from Dublin to Philadelphia. This marked the 7th North American destination operated by ASLI for Aer Lingus from Ireland and highlights the continuing strength in the relationship between the two airlines.

Drawing from previous experience on both sides with similar new station start-ups along with a lot of hard work ensured a smooth commencement of operations. A significant presence of Aer Lingus and ASLI staff, coupled with several prominent local figures including the Mayor of Philadelphia showed the importance of this new route to both the people of Philadelphia and the Irish public. The birthplace of the United States, Philadelphia is the 6th largest U.S. City with a rich history and is a major domestic tourist destination. With this new route it is hoped that Philadelphia will see an increase in Irish and European tourism in the months and years to come.