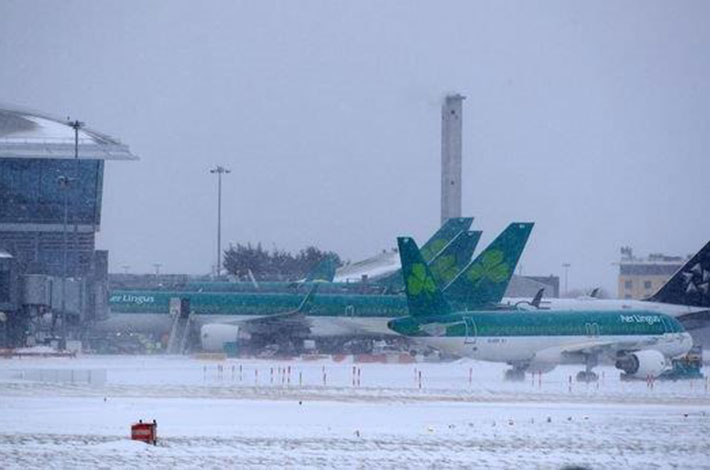 Due to Ireland’s location on the fringe of the north Atlantic, we are used to a changeable climate from the south westerly jet streams.

However, the first days of spring 2018 will long be remembered for the ‘beast from the east’ which brought to us Siberian air and a very considerable dumping of snow, which resulted in the country and it’s airports being brought to a standstill for 3 days.

Not to be deterred by the weather, at ASLI business continued as normal with staff either working from home or braving the elements to make it to the office to ensure business continued without impact to our customers. Some dedicated staff even stayed in local hotels to ensure they would make it in for duty. With lots of our crew displaced and many schedule disruptions, it was one of the busiest weeks in recent memory.

ASLI would like to say - Well done and thanks to everyone involved for their efforts during this challenging time.