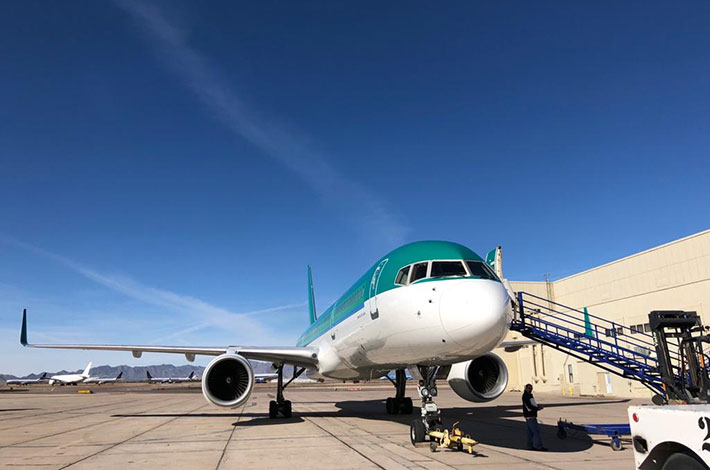 Late 2019 saw us bid a fond farewell to EI-LBR and EI-LBS, the first two of our B757’s to have been handed back after having been operated by ASLI on behalf of Aer Lingus since early 2014.

EI-LBR entered into service first making her maiden commercial transatlantic flight for us on February 5th 2014 when she flew from Shannon in the west of Ireland to Boston Massachusetts in the USA.

Since then our 757 operation has seen us fly to eight transatlantic destinations in total on behalf of Aer Lingus; New York, Boston, Toronto, Washington, Connecticut, Philadelphia, Chicago and Minneapolis. On EI-LBR & EI-LBS alone we’ve flown over 8,000 sectors which roughly translates as 25.5 million miles or over 1000 round the world flights while carrying just over a million passengers, all the while maintaining an excellent level of reliability.

While it is with some sadness that we begin the process of bidding a fond farewell to this fleet, we look forward to the next chapter at ASLI, as with this ever-changing and fast paced industry we’re in, it’s bound to be an exciting one!

Pictured above: EI-LBR in Goodyear, Arizona